Best places to visit in Jordan

The Hashemite Kingdom is a fascinating medley of landscapes and historic sites, blended with an exotic, oriental culture. This small country has been populated since biblical times, so boasts a wealth of architectural remains. It's an eclectic mix, from the Greco-Roman period with its legendary commercial centres, incredible churches dating back to Byzantine times, to the breath-taking Umayyad Dynasty castles that dominate the country's eastern desert.

Amman , the capital, is a sprawling city that has expanded over recent decades, due to the arrival of tens of thousands of Palestinian refugees. Today, it's home to a lively, colourful city centre and a market filled with the scent of spices and oriental oils. The upper part of town is fun and modern: packed with bars and restaurants frequented by a younger, wealthier crowd.

But tourists tend not to hang around. Most head straight to Jerash , one of the best preserved and most impressive economic centres dating from the Greco-Roman era. If you then travel south along the King's Highway, you'll come across the fabulous mosaics at Madaba .

You can follow this by visiting the legendary Petra , a city carved into the desert rocks. Abandoned and forgotten for many centuries, it was rediscovered intact in 1812! Visit the tombs of the Nabathean kings, each one as impressive as the other, and hike up the mountain to the famous Khazneh 'treasure of the pharaoh' Temple and the Deir Monastery beyond.

And don't miss out a tour of the desert mountains at Wadi Rum , which can be done by camel, four-wheel drive or on horseback. Take a once in a lifetime trip to the heart of the desert and plunge yourself into Bedouin life.

To the south there's Aqaba ​​a Red Sea resort, famous for its stunning marine life.  And once you reach the Dead Sea, enjoy floating on its salty waters and benefit from its well-equipped beaches. Finally, go east and tour the castles constructed by the Umayyad Dynasty - magnificent relics that tower above a desolate desert landscape. 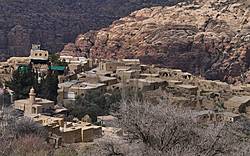 Ḑānā
Dana is the largest nature reserve in Jordan (300 square kilometres) next to the eponymous village, on the King's Highway. It starts from the top of the Qadisiya plateau at an altitude of 1500 metres and descends to Wadi Rum desert. 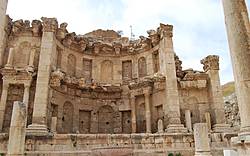 Jerash
A little more than 50 km from Amman, you have to go north to get to Jerash. It's one of the most attractive tourist sites in Jordan, after the incomparable Petra and Wadi Rum. 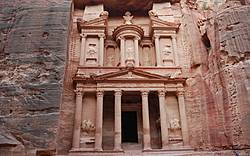 Petra
Traveling to Jordan is mainly about visiting Petra, a wonderful site, the most spectacular of the country and in fact, the entire Middle East. Petra is an inspirational, mythical name. Exploring it is a magical experience that in itself justifies any visit to Jordan. 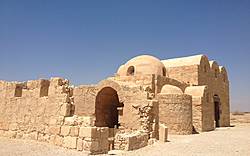 The Deserts' Castels
East of Jordan, a unique, rich heritage. 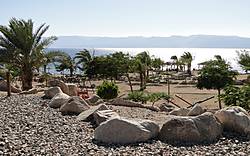 The Jordanian Coast of the Red Sea
The Red Sea is one of the best diving spots in the world. 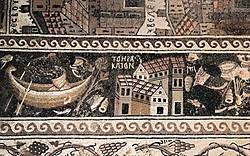 Um er-Rasas
Umm Ar-Rasas is a small village around thirty kilometres from Madaba which was important in the Byzantine era. It's here that mosaics of the 8th century have been discovered, encouraging UNESCO to classify it as a World Heritage Site. 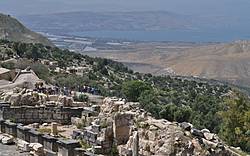 Umm Qais
The archaeological site of Umm Qais is located approximately thirty kilometres from Irbid. Called Gadara in antiquity, the city belonged to the Greco-Roman Decapolis, a group of ten developed trading cities on both sides of the Jordan River. 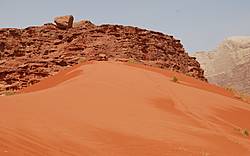 Wadi Rum
Over a length of 70 kilometers, the superb red desert of the Wadi Rum is Jordan's second most visited tourist destination behind the peerless city of Petra. 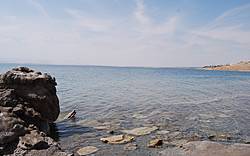 Dead Sea
The only sea that is below sea level and where you can swim, even if you don't know how. You really must see it! 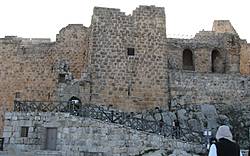 Adjlun
Ajloun is a little town around 20km from Jerash that's known for its classified nature reserve and nearby Medieval castle of Qala’at ar-Rabad, built during the 12th Century by Arabs from the Ayyubid Dynasty. 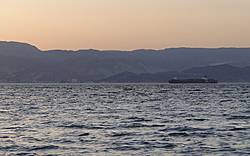 Aqaba
Aqaba is the only seaside town in the Hashemite Kingdom. 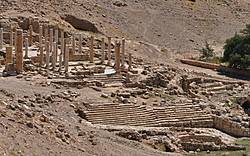 Pella
Pella is an exceptional site, here there are the ruins of a Greco-Roman Decapolis, one of ten trading cities situated on either side of Jordan, such as Umm Qais nearby. These sites are located near to Irbid in the north of the country. 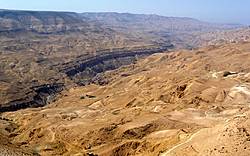 Wadi Al Mujib
Wadi al-Mujib Valley, also given the dramatic name of 'The Grand Canyon of the Middle East' covers over 70 kilometres of the Wadi Rum desert by the Dead Sea. The nature reserve of the same name is a good place to do a trek between Madaba and Kerak. 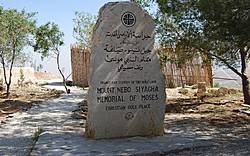 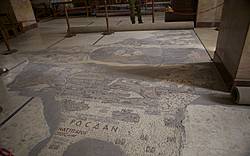 Madaba
Thirty kilometers from Amman and on the legendary King's Highway, Madaba is well known for its famous mosaics. It's a very pleasant base for your stay, and located south of Amman, an ideal base for exploring the surrounding area. 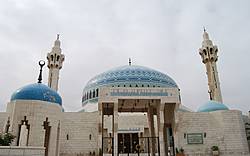 Amman
Along with its Syrian neighbor, Damascus, Amman is one of the oldest cities in the world. As well as being the capital of Jordan, it is the port of entry or departure for the majority of tourists in the country. 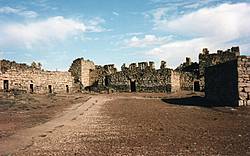 Azraq
The town of Azraq is around 100km east of Amman. Surrounded by arid lands, it was built beside a lush, green oasis. 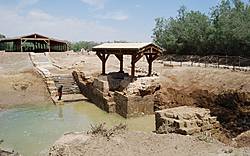 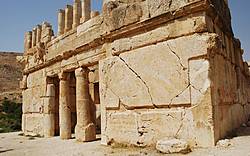 Iraq al-Amir
This village located on the outskirts of Amman near to the town of Salt has kept its Ottoman architecture and its picturesque beauty in the middle of its olive groves. It is known for its caves and its castle from 2 BC. 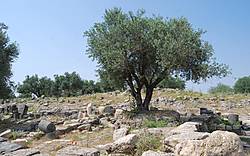 Karak
With its citadel and its castle, Kerak is an ideal place to stop off, half way along the road between Amman and Petra. 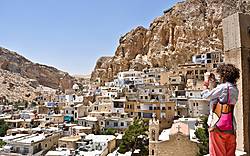 Ma‘lūlā
A small town just 80km to the north east of Damascus, Ma'loula is home to one of the world's oldest churches. 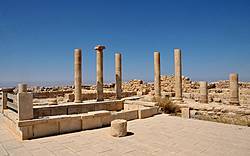 Mukawir
Mukawir is a small village located on the King's Highway between Madaba and Kerak, famous for the fortress of Machaerus built in about 90 BC by the king of Judea Alexander Jannaeus. 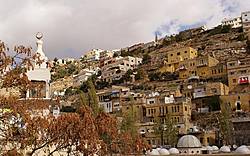 Salt
Salt is a town with a population of around 100,000, roughly 35km from Amman. It's managed to preserve its historical charm, unlike so many of Jordan's concrete jungles. It's home to several historical vestiges. 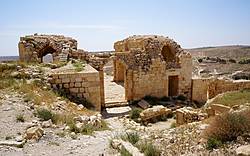 Shobak
Built by Baldwin I, King of Jerusalem in the 12th century, the Shobak castle is located 60 km south of Tafila, on the Route of the King. Or rather its ruins, quite dilapidated, but are free to visit. 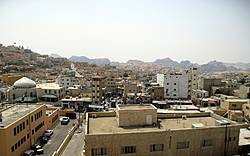