Ambositra, the capital of Malagasy craftsmanship!

For some people, buying souvenirs is a waste of time, just useful for spending the last bit of cash before getting on the plane... While others, by contrast, pounce on the products, without even appreciating the quality.

If you prefer an unusual souvenir, the result of sharing from an encounter in an isolated village, you won't be able to deny the charm from a stop in Ambositra, one of the best places for crafts on the island, known around the world.

Before putting together your "Malagasy shopping cart," you'll definitely find great pleasure in admiring the remarkable work of the craftsmen whose expertise has been passed down from generation to generation for decades. ﻿

Where there are a lot of cattle, are there also a lot of eunuchs?

As the origins on Ambositra's meaning diverge, take advantage of a stopover in this city to see what the definition of the day is, over the course of your encounters...

Very often considered peaceful and pleasant with its scenery typical of the Highlands and its terraced rice fields, eucalyptus forests and fields as far as the eye can see, Ambositra is also charming with its traditional houses, the famous red earth homes with thatched roofs. With its colour contrast between red earth and green rice, the Malagasy postcard is charming at first sight, for sure. The capital of the Betsileo people, located 56 miles from Antsirabe, Ambositra brings more charm to complement your visit with a little touch of culture, much more informative than just stopping for souvenirs in the airport gift shops... 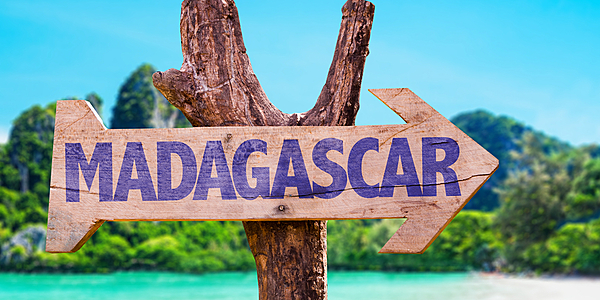 Main sources of the Zafimaniry people's inspiration, identity and expertise, awarded by UNESCO in 2006 for their skill and precision, are strongly present in the handicraft, thus making Ambositra the woodwork "capital."

Characterised by their geometric patterns that symbolise the different family statuses within the same ethnic group, elements of daily life are found in all types of objects and accessories, such as instruments, kitchen utensils, masks, chairs, chests and even honey boxes.

Far from shopping centres and assembly lines, the artisans work everywhere, in small workshops, under a shelter, under a tree, or even at home. Though the stalls flourish in the streets of Ambositra, you can also observe the magnificent wooden sculptures that overcome tombs along the roadside. Using resources from the surrounding forests, they work with bois de rose, ebony and rosewood, while maintaining respect for nature.

From craftsmanship to vivid traditions

Getting away from Ambositra and its houses sculpted with finesse, maybe you'll stop at Anjoman'ankona for its baskets and pottery, during its market that is held every Friday. Or maybe even Soatanana, famous for natural silk production.

In this specific village, the people manufacture lambamena, the white silk shrouds that are used to wrap the bones of the deceased during the Famadihana rituals, the "turning of the bones," a funerary custom found in most of the tribes in Madagascar.

During the festivities that can last several days, the Ambositra area comes to life with a whole new excitement, bringing an entire community together. After the traditional ceremony during which laughter combines with tears, and joy mingles with sadness, the celebration continues with a collective dance, to the sounds of the vako-drazana orchestras, only to come to an end early in the morning… Definitely a great discovery if your stay in Madagascar allows you to attend!