It was night when I first arrived in Antananarivo - Tana for those in the know - to start my tour of Madagascar... After completing the administrative formalities on arrival, I found myself in a taxi for the city centre. My first impressions of Madagascar and its capital: a very quiet night, a succession of stalls of all descriptions, shops, garages, small homes... My first night and the beginning of the journey...

The next day, I discovered a lively city full of effervescent markets and alleys, where I caught snippets of conversation in a language that was still totally foreign to my ears. A short guided tour.

A stroll through the Lower Town

First, the Avenue of Independence. Located in the centre of Tana, this is a good landmark to get your bearings in the capital. Lined with commercial buildings and hotels, the Avenue of Independence is full of life: street vendors, 2 CVs blowing their horns and the inhabitants going about their occupations all make for a merry mixture that will plunge you directly into the atmosphere of the country.

To the north of the avenue is the beautiful railway station of Soarano, which has been renovated and now houses a very good restaurant, the Café de la Gare. Every Sunday, a cinema projects films in the beautiful "clock room".

Heading west on Rainibetsimiraka Avenue, you reach the Isotry district. From there, you can continue toward the fabrics market, called the "67 ha", or go south toward Lake Anosy. A heart-shaped artificial lake, an island in the centre of Lake Anosy houses the Black Angel, a statue sculpted in 1927 in honour of the Malagasy soldiers who died for France during World War 1. 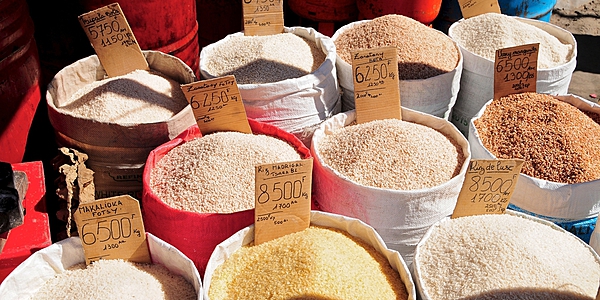 Stairs at every street corner - welcome to the Upper Town

By going south along the Avenue of Independence, you will head toward theUpper Town, where you will find most of the historical monuments of Antananarivo. After the market of Analakely and the book market of Ambohijatovo, the climb begins! Start the ascent to the middle town in the direction of Andohalo Cathedral and then continue toward the home of Jean Laborde, the adventurer who was first consul of France in Madagascar.

From there, you can - if your legs are still willing - continue your hike toward the Upper Town and the Palace of the Queen. On the road you will pass the Prime Minister's Palace, today a museum, the old courthouse and finally the Queen's Palace or Rova, which was largely destroyed by arson.

It is very easy to find your way, just follow the way up until you come to the gates of the palace, where many guides await you for a visit. On the journey, you can take a well-deserved break at the Grill du Rova, from where you have a beautiful view over the city . The view of the capital from the palace is particularly impressive: depending on where you stand, you dominate the whole city!