Plan your trip with a local travel agent based in USA
Customise a tour idea created by one of our local agents based in the destination.
©
shutterstock_ChaseDekker

Get inspired, start putting your trip wishlist together, and request for one of our hand-picked local experts to make it happen. 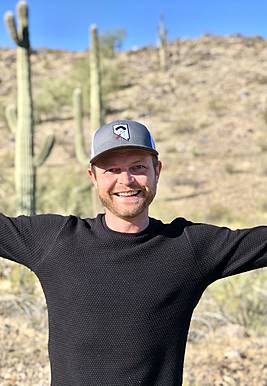 Customise your perfect trip to USA 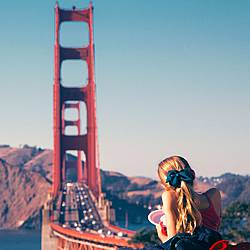 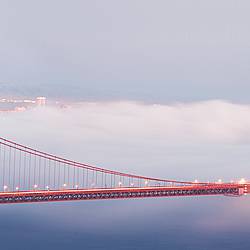 One week in the USA

Is USA the right destination for you?

Thank you for subscribing!

We're happy to have you as a reader.

Reviews from our travellers about their trip to USA

LA and surrounding resorts were nice, especially Venice Beach, San Francisco was cool and the hop-on/ hop-off bus was a great way to get to see as much as possible of the city and it’s surroundings, the Sequoia Park and the Grand Canyon Park were just amazing, Las Vegas was exciting.

Start planning your tour to USA

Whether it makes you think of glamorous movie stars cruising down the streets of Los Angeles, hurried crowds hustling between the enormous skyscrapers of New York, or cowboys riding horseback down into the rocky and seemingly infinite expanse of the Grand Canyon, everyone in the world has their own vision of the USA. The States really can offer you all this, and so much more.

Within each of the fifty states are enough beautiful national parks, diverse cities, and thrilling experiences to fill an entire country. From the history of the cosmopolitan capitals on the East Coast to the wide open spaces and thrilling road trips of the Midwest to the warm weather and unique culture of the South, there are enough options to satisfy any traveller’s desires.

Why go to the USA with a local travel agent?

With so much area to cover and such diversity between its different regions, the States can be a challenging destination for visitors, both in terms of navigating and narrowing down exactly what they want to see. It’s also important to remember that while it is one country, local customs and even laws can vary greatly from state to state. Having a local who specialises in travel can be invaluable in case any unexpected issues arise on your trip.

Our local agents in the US can also help you to develop the perfect itinerary, whether you want to focus on nature, culture, or find a perfect mix of both. They work on finding the best possible tours throughout the US every day, and they’ve made it their job to show you the hospitality and friendliness Americans are famous for in designing your perfect custom-made holiday.

What are the most common things to do in the USA?

Every state has a different personality and that’s what makes travelling here so exciting. So whatever popular activity you choose, be sure to cover multiple regions to see how the US can offer you several different holidays in one amazing trip.

When is the best time of the year to go to the USA (e.g. states)?

Because it is so big, the climate varies greatly in the US both between the two coasts and between the North and the South. Southern states from Arizona to Florida generally offer very mild winters and extremely hot summers—temperatures can sometimes reach over 37 degrees. Several states are large enough to have several different climates themselves in terms of rain and temperature variation. At the opposite end of the spectrum, the Northern States experience extreme cold and snow, especially states near the Great Lakes like Michigan, Illinois, and New York.

What are the most unique off the beaten track experiences in the USA?

With so many things to pick from it can be hard to narrow down the best off the beaten track experience in the US. For cities, smaller cities on the West Coast like Seattle and Portland are often overlooked by visitors but are filled with quirky coffee shops and great food. On the East Coast, many often choose New York over places like Baltimore, Philadelphia, and Boston. These cities being smaller, less crowded with tourists, and in the case of Boston, arguably more historic, there is plenty to see here that others might miss.

Overall though, outside of cities and the most well-known national parks, there is the culture of the Native Americans that don’t exist anywhere else. In Monument Valley, for example, the local Navajo tribes act as stewards of the beautiful nature and welcome visitors from all over to enjoy it with them. They will even invite travellers into their traditional homes, called Hogans, and show you a culture unlike any other.

What are the most scenic drives for a road trip in the USA?

The wide open spaces are the perfect location for an unforgettable road trip. Why not explore some of these world famous destinations:

What are the most popular states to visit in the USA?

Some say that New York City is the centre of the universe, and seeing the vast number of international travellers who pass through its crowded, buzzing streets every day, it’s hard to disagree. A historical point of entry and a city shaped by its various immigrant communities, New York attracts nearly 50 million visitors each year and not just to the city, the gorgeous Hudson Valley and the world-famous Niagara Falls draw more and more of these visitors out into the upstate region each year.

On the other coast, and rivalling New York in terms of popularity is California. With perfect weather nearly 90% of the year, California offers everything you’ve ever imagined or seen on television shows. Surfers rule the laid-back San Diego, celebrities crowd LA’s exclusive clubs and high-end shopping centres, and hippies and techies roam San Francisco’s rolling hills to hang out in its funky cafés.

What are the most diverse states in the USA?

While there is diversity abound in every state, the place with the most varied activities, landscapes and people is definitely California. A single trip to any one of its fascinating locations makes it clear why it used to be its own country: mountains, desert, beaches, a variety of climates, world-class restaurants, and communities built by immigrants from all over the world can all be found here, sometimes even within the same city.

Northern California has the beauty and quirky culture of San Francisco against a backdrop of the Golden Gate Bridge and stunning natural sites like the dense redwood forest known as the Muir Woods. In LA you can start your day lounging at the beach, before exploring neighbourhoods like Koreatown, Little Tokyo, or Mariachi Plaza which celebrates the city’s deep ties and influence from Mexican culture.

What are the best national parks in the USA?

Many of the biggest and most visited parks are those that first come to mind when you think of the US; the vastness of the Grand Canyon, the geysers at Yellowstone, some of the world’s most ancient trees standing at Sequoia, or the stunning desert landscapes straight out of a western film that can be found in Death Valley or among the enormous boulders of Joshua Tree.

Of course, every state has some sort of natural wonder to offer, especially in states like Utah, Colorado, or Montana. But, it’s also important to remember that the States aren’t limited to just the land between California and New York, and the state that offers perhaps the most rugged, exciting natural terrain is nearly 2500 miles or 4000 kilometres away: Alaska. Summertime is the perfect moment to visit this sparsely populated and rugged land that is home to the Denali Peak, the unusual culture of the native Inuits, and spectacular natural wonders around every corner.

What are the best hiking trails in the US?

With more than 50 national parks throughout the US, there are hundreds of great hiking trails to choose from. Many parks, like Bryce Canyon in Utah, have developed easy systems where you can drive through the park and stop at convenient points to follow different trails catering to all skill levels. There are also famously beautiful hikes, like the various trails that wind through the redwoods of the Muir forest just outside San Francisco.

Experienced hikers wanting great challenges might want to take on the extremely hot and rocky paths of Death Valley, the dizzying cliffs of Bryce Canyon, or the icy glacier trails of Montana’s Glacier National Park. But, hikers should be aware that these trails can become dangerous due to their isolation and hot weather and so they should be approached with caution and care.

Why should I spend my honeymoon in the US?

The same places that visitors from around the world love in the United States also make the perfect places for a romantic, exciting, or relaxing honeymoon. A paradise, made up of blue waters, warm weather, and secluded beaches, can be found in the Florida Keys, in particular, Key West, where there are also plenty of luxury resorts and boutique hotels scattered across the many different islands that cater to travellers seeking a romantic experience. Honeymooners can spend their days snorkelling with the incredible marine life and nights dining together on a beautiful beach.

Couples wanting to take in culture should head to New York City: with countless luxury hotels and five-star restaurants, there’s no better place for a once-in-a-lifetime celebration. Take in the spectacle of a Broadway show before wandering the city’s vibrant streets to find an intimate restaurant or bar for something special and exciting every evening.

Which tours and activities are best to travel the US for three weeks?

Three full weeks isn’t nearly enough time to see all of the 50 United States, but it is enough time to get to know at least one region very well. Roam around these incredible destinations to get a true sense of The United States at its finest. There is no better place to spend three weeks exploring than the West Coast:

Looking for international flights?
We've teamed up with flight provider Option Way to offer our travellers exclusive advantages:
For more information or to book your flights directly, head to our partner site. 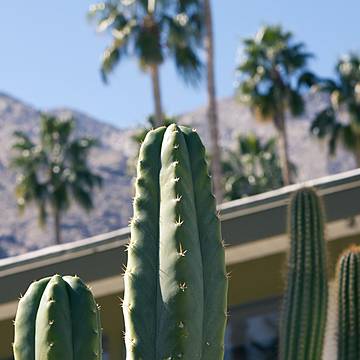 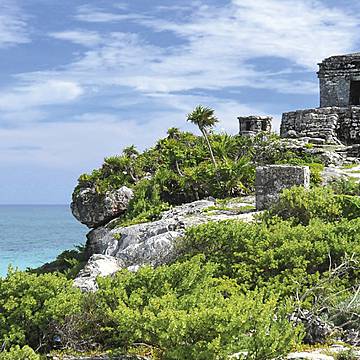 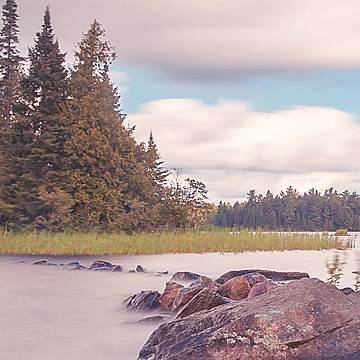 Canada
Experience added!
You can add more experiences to your trip itinerary before sending it to a local agency
View my trip itinerary