Ghorepani is a rebound leg of the Annapurnas tour, because after a real descent in altitude, the journey from Tatopani to the village involves ascending 1600 metres.

My suggestion:
Two remarkable centres of interest: the Rhododendron forests, and the view from Poon Hill in the early hours, which offers one of the most beautiful sunrises of the entire Himalayan range.
Summary:

We were supposed to leave early in the morning, by torchlight, amongst the hordes of tourists who has come to do (or rather, see) the same as us. Except during our trip to Nepal, after days of walking and physical exertion, my body began to revolt and, beset by stomach cramps, I was left huffing and puffing about not being able to witness the famous sunrise – which, if you believe my fellow travellers, was fantastic.

To be entirely honest, we had been told about Maoists who trained in the area (apparently just hearsay designed to scare away naive tourists) and I might not have ever been keen on the idea. Nonetheless, despite these setbacks, Ghorepani is a charming leg of the Annapurnas tour, and will no doubt be remembered as a nice throwback to a world of dense, tropical vegetation.

*After the powerful earthquakes which hit Nepal in April and May 2015, the country is slowly rebuilding itself. This article was written before the disaster.

A must do if you want to go to Poon Hill.

My suggestion:
Stay on the outskirts of the village, up high, to have the best view.
Summary:

I arrived in Ghorepani at the beginning of the afternoon, and the village was deserted. I didn't do much there apart from appreciate the fantastic view. The closer you got to the heart of the town, near to Poon Hill, the more you could see of the Himalayan mountains.

I passed some pleasant time chatting to some Nepalese, mostly trekking guides, who gave me some advice about my itinerary. At the end of the day, I went to Poon Hill to admire the sunset.

The village quickly filled up and I spent a good evening by the fire, talking about my trip to Nepal with travellers from all over. Once the night had fallen I loved the moon and the sky filled with stars. The visibility was surprising.

Ghorepani, the third stage of the Annapurna balcony trek , is also the access point for Poon Hill.

My suggestion:
I would recommend that you stay in the higher part of the village as that will help shorten your journey to Poon Hill if you want to go there.
Summary:

The journey between Ulleri and Ghorepani is amazing. The landscape changes completely from the previous stage. Gone are the steps and the crop terraces, you now walk through little villages and plunge into the forest which is almost like a tropical jungle! I didn't expect to see such plants during my stay in Nepal .

I had planned, like most hikers, to go to Poon Hill to see the sunrise the following morning. So I made the most of my afternoon in Ghorepani, relaxing and recuperating before the short night to come. For those who would rather avoid waking up in the pitch black, it is absolutely possible to get to Poon Hill from Ghorepani in the afternoon, as you only need to climb for less than an hour to go and admire the panoramic view.

Village in the Gurung (Pokhara) region, known for the panoramic sunrise view from the Poon Hill lookout which adjoins the centre.

My suggestion:
If you have limited time to spend in the region of Pokhara and would like to do a (short) trek, Ghorepani/Pony Hill could be a very good option.
Summary:

The charming village of Ghorepani was one of my last stops for the trek around Annapurna. What can I say other than incredible! Starting out amid tropical vegetation, followed by a mountain pass at an altitude of 5600 metres, then back to greenery, rhododendrons and a fairy-tale forest with a backdrop of snow-capped peaks, this was a magical way to finish the 20-day hike.

Just so you know - you can note this at the time of organising your tour of this part of the Himalayas - passing through Ghorepani is not obligatory (you'll find jeeps heading from Jomsom to Pokhara), but highly recommended if you have the time/energy to keep going. The hike to reach it is top-rate, while the village is gorgeous and offers great options for recreation. And an astounding piece of information: you can eat really well there!

In my enthusiasm, I made a trip to Poon Hill the next morning (at dawn), but it was totally overcast - nothing amazing considering the rainy season had just begun!

I should add that I visited Nepal before the 2015 earthquake, so it's possible that the places have changed a lot since then. 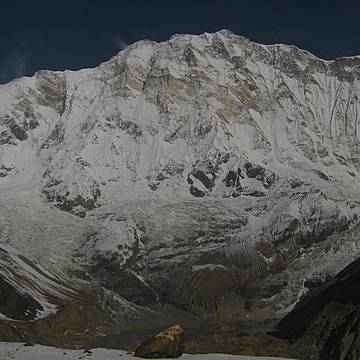 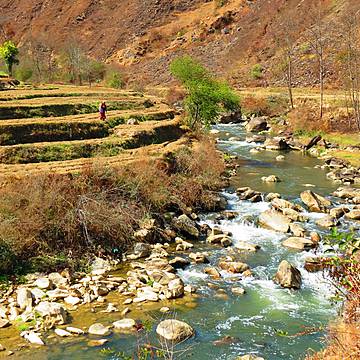 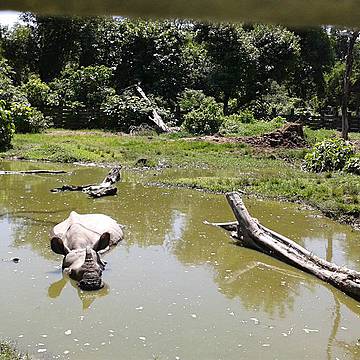 £1,480
Nepal
Everest Base Camp Trek
Experience added!
You can add more experiences to your trip itinerary before sending it to a local agency
View my trip itinerary