Bardiya National Park, your best chance to see a tiger!

There are very few places in the world where it is possible to see a wild tiger. A trip to Nepal will give you the opportunity to have this magical experience.

How to get there and the precautions to take

For any animal lovers but also for any other people, seeing a wild tiger is a dream which is difficult to accomplish. Though the moment is completely magic, it's unfortunately getting rarer and rarer. It must be said that the tiger is an endangered animal, largely threatened by humans as well as being a very discreet animal. If you want to make the most of your trip to Nepal to try your chances at seeing a tiger, you can also go to the Chitwan National Park which is closer to the capital Kathmandu. But it's much further away, at the border of the Terai region in the Bardiya National Park, that you'll more or less certain to see one.

You need a lot of motivation to come here by bus. The journey from Kathmandu is endless and the situation is even worse since the terrible 2015 earthquake which only made the roads which were already in a bad condition deteriorate more.

To avoid wasting too much time and to give yourself a minimum level of comfort, you should go by plane. A flight will take you to the city of Nepalgunj then you have still a 5 hour journey by bus to get to Bardiya National Park. Even though the situation is more relaxed since they've been integrated into the government, Maoists did occupy this region. So it's always useful to check the security conditions at the time before going there, for example on the government website. 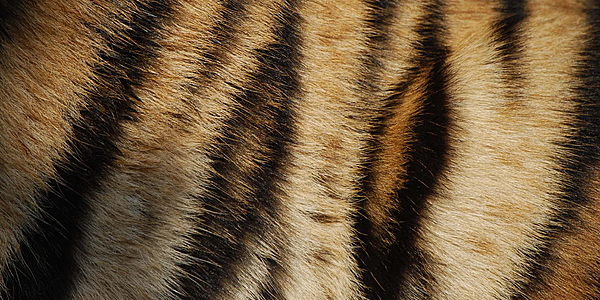 Once you've eventually put down your suitcases in one of the town's lodges, your first steps into Bardiya National Park will make you quickly forget the hours on the road to get there.

The main attraction of this park is its untouched, wild aspect. Contrary to Chitwan which always attracts more tourists, you'll have all the chances here to be alone and follow the tracks of a Bengal tiger. Vehicles are forbidden so it's on the back of an elephant that you'll try to see one.

Another attraction is also economic, an elephant ride in Bardiya is half the price of Chitwan, yet lasts twice as long. Which increases your chances of seeing a tiger.

Bardiya National Park is one of the very rare places on the planet where it is almost certain that you can see this fascinating animal.