5 / 5 - One review
How to get there
80km by car or bus from Antsiranana
When to go
Between April and October (dry season), there is a risk of cyclones between the end of December and mid-April.

Ankarana means "the place where there are pointed rocks". The National Park, which is situated in the north of the Island, has an underground network of 120 km: the biggest in Africa.

My suggestion:
Be careful! A local guide is essential if you want to go into the park. He even has to have royal blood in order to get into some of the caves.
Summary:

This network is found under the Ankarana Massif, which extends for about 20 kilometres, parallel to the coast of Madagascar. Be ready for caves, stalagtites and stalagmites!

As well as being beautiful natural treasures, Ankarana's caves have a sacred side. Certain of them are the burial places of the royalty of Ankarana. The crocodiles which live in them are considered to be the reincarnation of those who died in battle. They are called "antandrano ", those who live in the water. In addition, half of Madagascar's bats live in these caves.

Ankarana is rich in fauna and flora, sacred lakes and canyons, and the famous Tsingy, those karst forests with the supernatural shapes. 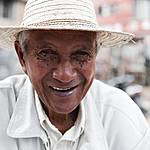 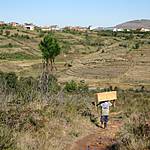 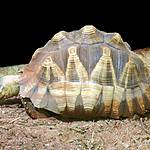 ©
Stefano Barzellotti
Ambositra, the capital of Malagasy c...
Servane Rig
See more
Experience added!
You can add more experiences to your trip itinerary before sending it to a local agency
View my trip itinerary