Colombo is the most populated city in Sri Lanka, and the economic capital. It's a city with varied architecture from its long colonial past.

My suggestion:
Go by foot whenever possible! The city is quite large, but the main points of interest are in the centre and walking is the best way to explore Colombo and its cosmopolitan architecture.
Summary:

However this can be disconcerting, so many people who decide to visit Sri Lanka have a tendency to ignore Colombo. With the international airport being closer to Negombo, a small seaside resort in the north, the temptation is really to begin by lounging on the beach instead of exploring a large city...

Personally, it is out of the question to simply pass by a city with such monumental history. First visit to the Buddhist temple of Gangarayama. It's truly a unique place, mixing the architectural styles of Sri Lanka, India, Thailand and China. I would say perhaps even Indonesian, as looking at the wall of Buddhas at the back of the temple, it made me think about the Borobudur Temple in Java. Not far from there is the Beira lake and the Sima Malaka Temple. Walking along the side of the lake, I saw that you could also picnic on the little artificial island, accessible by a bridge. It's also possible to get there by pedalo.

Colombo is on the sea front, so don't miss the Galle Face Green park, a promenade much loved by the locals who don't hesitate to bathe in the waves and the wind. I bought a small snack from a walking salesman whilst looking at the surrounding luxury hotels in the style of British architecture. I walked past the Viharamahadevi public garden, which is opposite the Colombo city hall, where the architecture strangely resembles that of the capital. I ended my day by visiting the shopping centre to buy some souvenirs and some tea.

The capital of Sri Lanka, Colombo, is a city that no longer relies solely on its reputation as a place to trade spices.

My suggestion:
I advise that you avoid Colombo, it is a city full of traffic which no longer has the charm that it had in the past. Get on a bus or taxi and go to a city on the coast.
Summary:

Before leaving on my trip to Sri Lanka, I imagined Colombo to be a pretty colonial city in the Indian Ocean. Today, the reality is very different. The smell of spices has long since been overpowered by the exhaust fumes that are produced every day on the long avenues. Its expansions seems to have been badly managed and nothing seems to be able to make a visitor stay.

I advise you do what many other tourists do, which is take a taxi or bus to Pettah station. Leave for the north, the south or the centre as there is no reason at all to waste a day in Colombo when there are so many other marvels awaiting you elsewhere on the island. So, don't delay!

Colombo, the capital of Sri Lanka, is much smaller than its Indian neighbours but it has the same disadvantages: poverty, overpopulation and the constant racket of cars and buses. All the same, you can find many interesting things there.

My suggestion:
Colombo is not really a pleasant capital city. For me, it is nothing more than a transit city: one or two days are more than enough to see the main points of interest.
Summary:
The only reason I would return to Colombo, if I went on another trip to Sri Lanka, would be without a doubt for the Pettah market. Just opposite the Fort station, the oldest commercial square in the country promises a fantastic experience, with full contact with the local population.
I was disappointed by the Fort quarter where, admittedly, you could admire some real treasures of colonial architecture. Restoration is ongoing, so you might have to wait a little longer. I stopped for a drink on the terrace of the Grand Oriental Hotel overlooking the port. In the evening it is particularly impressive.
Take some time to walk the streets of Cinnamons Garden, the posh part of town. There you can drink a cold fruit juice in the calm of a shaded garden of a beautiful colonial dwelling.
At sunset, I loved to walk around the Beira lake where I could appreciate the magic of the town's lights reflecting on the water. Colombo left me with the feeling of a city in decline, asphyxiated by fumes, where I did not feel comfortable.

Design your trip to Sri Lanka with a local travel agent 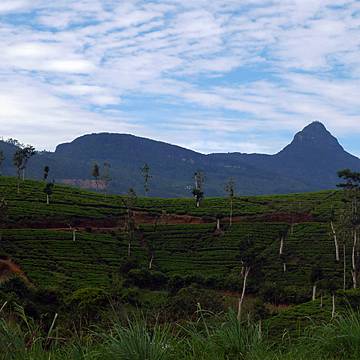 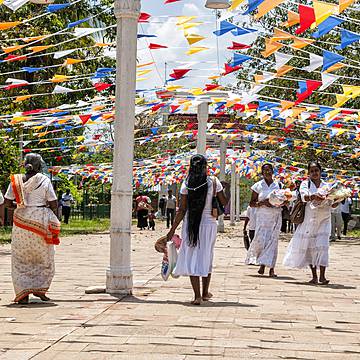 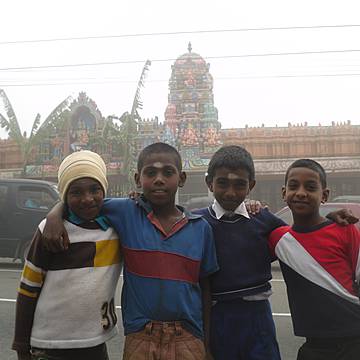 £1,640
Sri Lanka
Explore the northern beauty!
Experience added!
You can add more experiences to your trip itinerary before sending it to a local agency
View my trip itinerary