A trip to Mexico is hard to imagine without planning to visit one of the many colonial era cities at some point. San Miguel de Allende is one of the outstanding cities of this type. 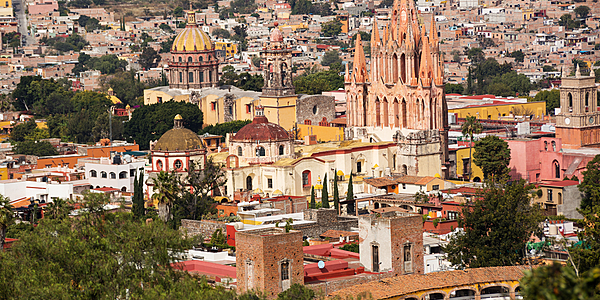 ©
Shutterstock
Come and explore the city

It would be unthinkable to travel in Mexico and not take the time to stay in a colonial era city. Their distinctive character and relaxed way of life can be found if you go to San Miguel de Allende, for example.

Like many colonial era cities, San Miguel de Allende is also listed as a UNESCO World Heritage site. At an altitude of 1850 metres, the climate is so pleasant and the city so beautiful and charming that it now attracts many retired Americans who come to enjoy themselves. As you will soon understand, that's why restaurants, bars and souvenir shops are popping up all over the place here. Don't be surprised if you hear English spoken as you wander round the narrow, cobbled streets. Here in San Miguel de Allende you're about a four hour bus ride from Mexico City. The proximity to the capital means that the city is particularly busy with tourists in the summer. If you're looking for peace and tranquillity, it's better to come in low season. 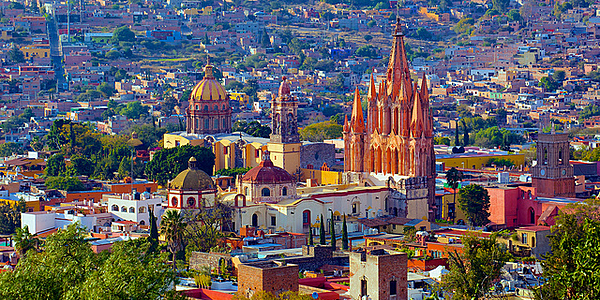 Things to do in the city

When exploring this beautiful colonial era city, it's best to start from its centre, on the city's plaza, the Zócalo. It's here that all tours of San Miguel de Allende must begin.

Naturally, as you wander at will along the cobbled streets, you can't help admiring the beautiful colonial buildings and lovely coloured facades. The city is particularly attractive at sunrise and sunset. The light is unique at those times.

As well as the city's cathedral and churches, you mustn't miss the magnificent Parroquia de San Miguel Arcángel which is just opposite the Zócalo. San Miguel's history museum is also worth a visit. At the top of the list of the city's beautiful colonial buildings are the Templo de la Concepción, the Escuela de Bellas Artes, the Oratorio de San Felipe Neri, the Templo de la Salud and the Templo San Francisco.

After a short rest in Benito Juárez Park, you can climb up to the watchtower to enjoy the amazing view across the entire city. 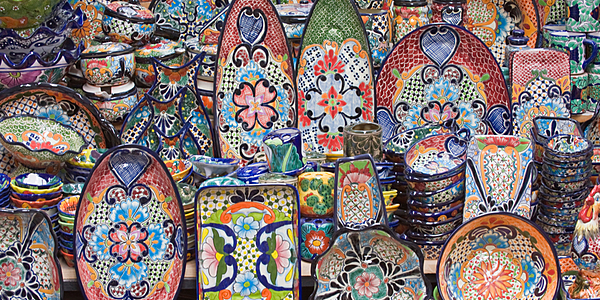