During your trip to Mexico if you want to see the most wonderful and the most splendid Mayan archaeological sites, you can't afford to miss going to Chichén Itzá in the Yucatán region. 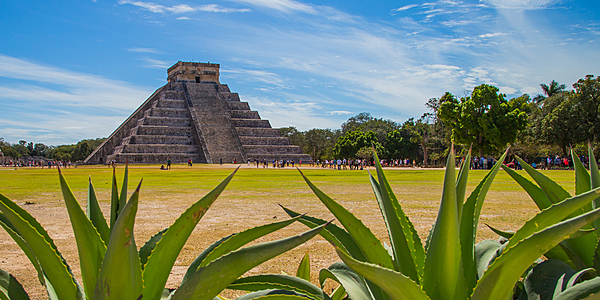 Located in the tourist region of Yucatán, Chichén Itzá is part of the most prestigious and wonderful remains of Mayan civilisation. It's unthinkable to come to this region during a trip to Mexico without planning to devote a day to this fabulous treasure.

Geographically situated at the centre of the peninsula, the archaeological site of Chichén Itzá is very easily accessible from all the surrounding cities. From Merida, Valladolid, Cancún, Playa del Carmen and Tulum, you will have no difficulty getting here. There are buses almost all the time and you will have no trouble making a return trip in the day. If you prefer, you can also arrive the day before or leave the following day by staying directly in the area. You will have to sleep in the village if you want to see the daily sound and light show which takes places a 19:00 or 20:00, depending on the season. The last bus leaves at 17:00, you will have no other solution unless you have your own vehicle. 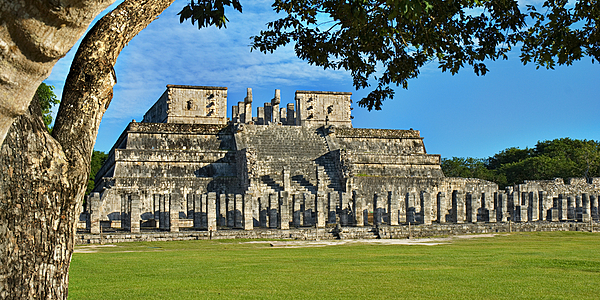 You will easily need 4 hours to visit the superb archaeological site of Chichén Itzá. Already classified as a World Heritage Site by UNESCO, it is so beautiful and is even considered one of the 7 Wonders of the World.

The visit starts with the wonder of wonders, the splendid and symbolic El Castillo pyramid. It is devoted to the Sun, is 9 terraces high, and has a total of 365 steps. By playing with shadows, a snake appears every year on the northern face during the March and September equinoxes. From now on, it is forbidden to climb this treasure, which combines Mayan and Toltec styles. That makes grumpy people complain but it is a wise decision for its conservation, and is good news for those who want to take a photo of it without having a hoard of drunk, naked youths directly from Cancún fooling around on it in the background.

The game of pelota is the biggest in the entire continent. Two teams compete to put a wooden in the opponent's net. Players could use their knee, right foot, hips or a bat and it all happily ended with human sacrifice.

Smaller than El Castillo, the Sacred Cenote temple is purely of Toltec style. The Skull Platform contains decapitated heads. Further away, you will pass the temple of Jaguars and Tigers. The Platform of Venus is of Toltec origin and you will see the Quetzalcoatl god coming out of a snake's mouth. The Group of a Thousand Columns Temple is a delight. Each column is decorated with a warrior. Quetzalcoatl is also represented on it. At the end of the Wells of Sacrifice, men were thrown for sacrifice as well as donations. During the course of your walk you will also go past the The High Priests' Temple, the Red House, House of the Deer, the Church, the Panel Temple, the Temple of Xtoloc, the Temple of Nuns and The Snail with spiral stairs. 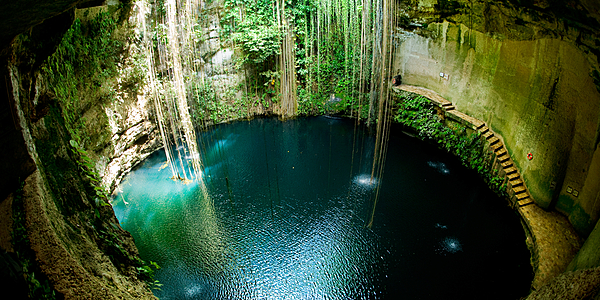