Vukovar was, like the rest of Western Slavonia, handed back to Croatia in 1998. Since then, the population has slowly been returning and the city has gradually been regaining its former appearance, though it still retains some of the marks left by the conflict.

A place of Croatian history and Croatian remembrance

The years that have passed since 1998 have been dedicated to rebuilding. This why when you first arrive in Vukovar you can spot numerous modern buildings, firmly symbolising the city's future direction. In particular, the streets around the centre, flanked by pretty houses and arcades, are enjoyable to explore on foot. You can still see traces of the armed conflict here and there however. Most of the ruined buildings have been removed now, but some of the facades are still riddled with bullet marks. 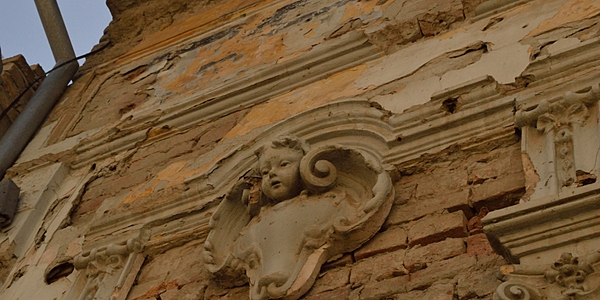 Rebuilding is fortunately progressing at a rapid pace, and some of the various buildings and exhibitions are being used to ensure the conflict is not forgotten. The beautiful national museum, for example, housed in the baroque-style 18th century Castle Eltz, has reopened to the public and holds temporary exhibitions; and Vukovar's hospital has been converted into a multimedia museum, at which the story of the siege is told through the use of videos, audio interviews and other archive materials.

A region marked by conflicts

If you arrive in Vukovar via the road from Ilok, you will be able to see the water tower, which, as a symbol and reminder of the resistance the city's inhabitants put up against the attacking forces, has been deliberately preserved in the state it was left in, with no plans to restore it. Similarly, you can find scars left by the clashes (which caused the deaths of almost 2,000 people and the displacement of more than 20,000) in and around the city itself. With its 1,000 white crosses, the cemetery located three kilometres from Vukovar, on the road from Ilok, constitutes an impressive war memorial. And located a little further on is the Ovčara Memorial, which pays homage to the victims killed at Vukovar's hospital, who were tortured then executed.

Fortunately, and though the scars of the conflict are still visible today, the city is slowly coming back to life. Boats and ships have returned to Vukovar's river port, which lies on the Danube. And the displaced inhabitants have returned. The city receives European subsidies targeted at helping to promote reconciliation between Serbs and Croats as well as reconstruction. Like me, you'll no doubt be pleased to see that the traces left by the conflict are slowly being erased.