The contrasts of Tangier

The Port of Tangier 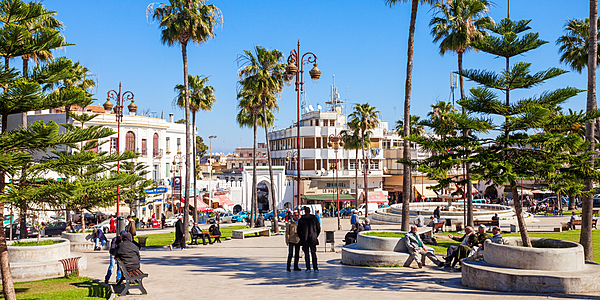 Tangier is, above all else, a coastal city. In particular, it is a port city. At a crossroads between continents and cultures, every day it welcomes dozens of boats of all kinds (passenger ferries, cargo ships, fishing boats, etc.) that come from all over the Mediterranean Sea, Europe, and the whole world.

However, Tangier is not a global city like other ports in the Mediterranean Sea can be, such as Marseille or even Naples. Tangier is a truly Moroccan city and it is particularly traditional when compared to its neighbouring cities in the north of Morocco: Casablanca and Rabat.

But the port atmosphere can be felt in the smell of the fish and the omnipresent sea that you can observe with delight from the hills and many terraces perched high in the city. By the way, it is strongly recommended to travel to Tangier by sea and cross the Strait of Gibraltar from Algeciras. When Africa is coming closer and closer and you can see the city of Tangier taking shape in front of the hills as the boat approaches the port, it is a particularly unforgettable and unique moment of your stay in Morocco. 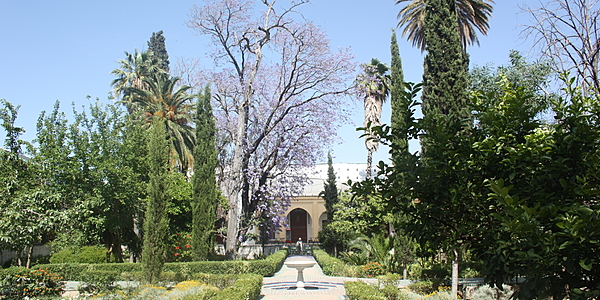 ©
Nina Montagné
Tangier is a relatively small city that you can easily tour on foot. The alleys of the old city are particularly charming and interesting. However, please walk around modestly dressed. In fact, the city is very traditional and wearing mini-skirts, shorts, or plunging necklines there is inadvisable. It is a necessary mark of respect towards the traditions and it is indispensable for all travellers.

The souk in Tangier is particularly lively and houses a myriad of treasures. You will find a huge range of high-quality artisanal products from all over the country there, especially jewellery and magnificent stones. It is an ideal market for getting presents and souvenirs before returning to Europe.

There are many delicious restaurants in the private gardens and patios, or even on the charming terraces of the old city. Now for a piece of advice: look on the rooftops of the houses for some tables where you can taste the best fish specialities in all of Morocco!

Between the Atlantic Ocean and the Mediterranean Sea 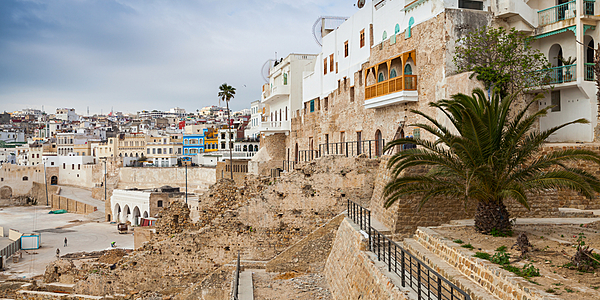 The location of Tangier in itself makes travellers all around the world fantasise and, moreover, it has inspired artists for many generations. In fact, situated between sea and ocean—the Atlantic and the Mediterranean—, and on the doorstep to Europe and Africa, the city has a highly symbolic side.

Are there lots of cities in the world where you can decide in the morning whether you want to go swimming that afternoon in the sea or in the ocean? The waves on the side of the Atlantic are often more pronounced and spirited than the mild turquoise backwash of the Mediterranean, but the beaches beside the Atlantic Ocean are also a lot more untouched and peaceful than those beside the Mediterranean Sea, which are taken by storm by real estate developers and other tourist hotel complexes.

During your trip to Morocco, don't miss out on a visit to Cape Spartel—15 minutes away by taxi—, where you can admire the tumultuous waves of the Atlantic Ocean!